The Many Advantages Of Selective Laser Sintering 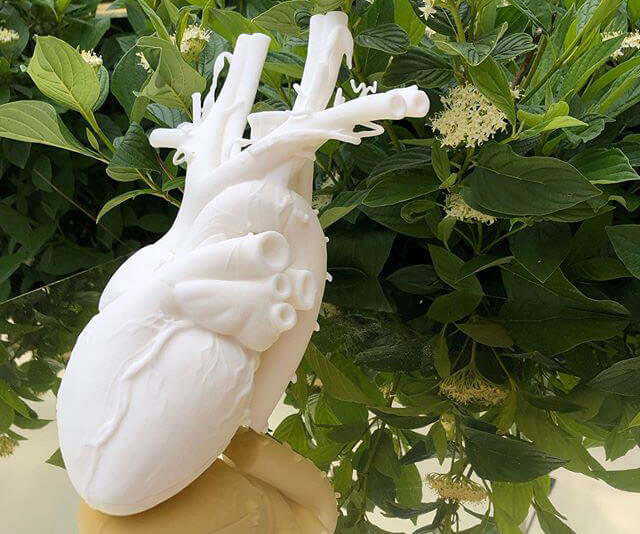 At London 3D Printing, we are specialists in selective laser sintering which can produce products to a very high standard of finish compared to some other 3D printing processes. The machines used are very high-end and require a very detailed grasp and understanding of 3D printing processes in order to operate them. Indeed, the SLS machines cost upwards of £50,000, but if you want the very best product then you need the best processes and machines.

3D printing can use a number of different materials, but many processes use one of the thermoplastics known as ABS. A thermoplastic is any plastic which can be melted when subjected to heat and returns to a solid state when it is cooled down. ABS – Acrylonitrile Butadiene Styrene – is used to manufacture many different products such as the outside of your cell phone, computer keyboards and mice, and is the same material that is used to make the Lego bricks.

The 3D printing process works by melting ABS plastic and pressing it through a very fine nozzle to make a wafer-thin layer as the base of an object. The machine lets that cool and then produces another layer on top of the first one, so gradually building up an object. The process and the shape is all computer controlled and can be use to produce incredible geometric shapes far faster than could ever be achieved by carving them by hand out of wood or another material. This is one reason why 3D printing is used to make prototypes of all sorts of different products cheaply and quickly. If the prototype is deemed to be suitable for purpose, then a production run can be made.

However, if the prototype is not acceptable, then it is a relatively simple matter to make any alterations that are desired and quickly produce another one.

By no means all 3D printing uses ABS thermoplastic. It has been used with concrete to build a 26-metre bridge in a city in China, and is used for auto-parts from stainless steel, aluminium, and so on. It is also used to manufacture dental implants from titanium. In addition, it is possible to use carbon fibre composites which will also be of benefit to the car industry because the lighter the parts can be made, the more fuel is saved, and the less material is required to make the parts.

However, with selective laser sintering we don’t use any of those materials. We use nylon powder instead. It works in much the same way, with the machine producing a layer of powdered nylon and setting it in place with a laser. Then it produces another layer and sets it in place, and so on. One of the advantages of using nylon is that it is an incredibly strong material and can be used to produce extremely complex shapes. It can also produce very fine detail, especially when compared with other types of 3D printing.

The density of the finished part depends on peak laser power as opposed to laser duration, and for this reason, the machine heats the powder to just below its’ melting point which makes it simpler for the laser to raise the temperature of the appropriate areas the rest of the way to the melting point.

Another advantage of our selective laser sintering machine is that the part being constructed is always surrounded by unsintered nylon powder. Not only does this mean that it can create parts of geometries that were not possible with other methods, but also means that the machine can manufacture multiple parts at the same time using a process known as “nesting”. Depending upon the size of the parts, one can make as many at one time as will fit inside the boundaries of the machine. This has the obvious advantage of reducing production costs because several parts can be made in one go rather than each having to have a separate run as with other processes.

The easiest way that you can submit a job to us is to send us your files with a description of any finishes so that we can give you a quote. Our turnaround time is between two and four working days.